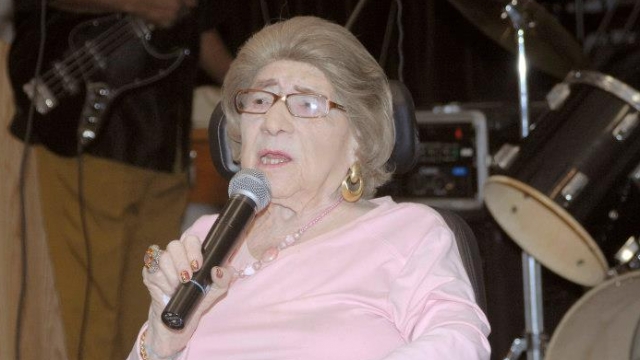 Alyce Dixon, who was believed to be the oldest living female veteran, has died at age 108.

The Washington, D.C., VA Medical Center said Dixon, who was also one of the first African-American women to serve in the Army, died in her sleep peacefully. She was described as "high-spirited," "fun-loving" and an "amazing local celebrity."

"I am so blessed to be here and can understand everything at 107 years. I am so blessed that God has left me here," Dixon said during a celebration of her 107th birthday in 2014.

Dixon joined the Women's Army Corps in 1943 and was stationed in England and France with the 6888th Battalion during World War II. She helped get a backup of letters and packages sent to soldiers. (Video via DCTV)

After the Army, Dixon worked for the Census Bureau and the Pentagon before retiring from government work in 1973.

She eventually started living at the Washington, D.C., VA Medical Center, where she was affectionately referred to as the "Queen Bee." (Video via WTTG)

The medical center said in a statement: "She never left her room without fixing her makeup and hair. She always wore stylish clothes and jewelry and sported well-manicured nails."