This Is What The Presidential Inauguration Looked Like In 1857 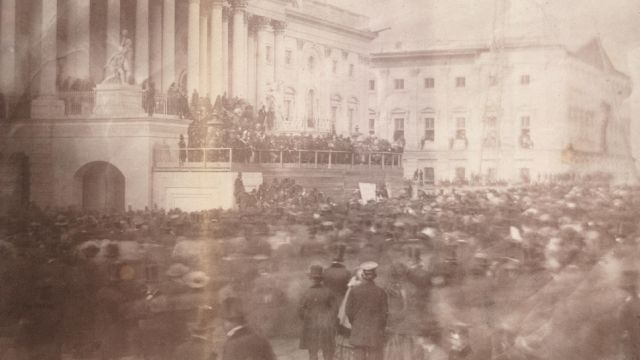 This is the first known photo of a presidential inauguration. 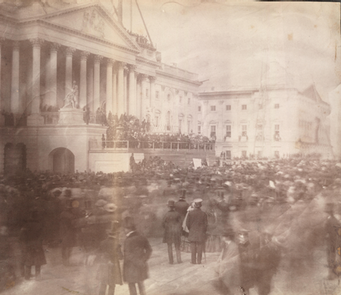 It was taken March 24, 1857, during President James Buchanan's inauguration. The photographer was John Wood, the photographer for the Architect of the Capitol.

The Capitol dome and modern houses of Congress were still under construction. The crowd in the photo is standing on a wooden platform above the yard.

The picture was taken at the east front of the Capitol. Modern inaugurations are held on the opposite side of the building.