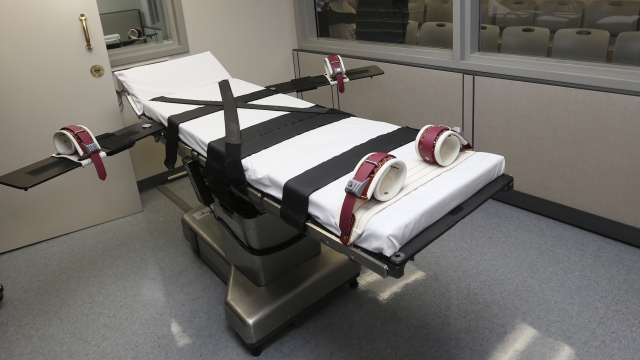 In 2015, Oklahoma introduced an indefinite stay on executions after prison officials injected one inmate with the wrong drug and came moments away from doing it again to another inmate. State officials said two years ago they were working to develop a nitrogen gas execution method.

Oklahoma Gov. Kevin Stitt defended capital punishment at a news conference Thursday, saying it's "appropriate for the most heinous of crimes" and that it's the state's duty to carry out "this somber task."

State Attorney General Mike Hunter pointed to human error as the reason for past mistakes. He said there will be new protocols to verify the correct drugs are used.

Officials said that while the state will keep working on a nitrogen gas method, it would only be used in situations where they're unable get the drugs for injection.

A public defender representing people on Oklahoma's death row wrote in a statement that his team will continue to challenge the constitutionality of the state's capital punishment.

The Oklahoma Department of Corrections currently has 47 people who have been sentenced to death. But the executions won't start immediately; the state has to wait 150 days before it can schedule executions.