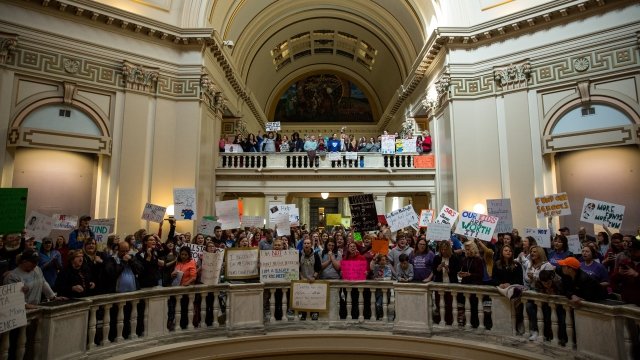 Public school teachers and lawmakers in Oklahoma are still not on the same page when it comes to education funding in the state.

Some school districts remained closed for a ninth consecutive day as thousands of teachers continued to rally at the state capitol Thursday.

That matches the duration of a walkout by West Virginia teachers earlier this year. Their strike ended in March after lawmakers approved a 5 percent raise for public school teachers and state employees.

In Oklahoma, teachers are asking for a $10,000 raise for themselves, a $5,000 raise for support staff and $200 million over three years in school funding.

But Gov. Mary Fallin said teachers are asking for more than the state can afford to give. She's already signed a bill that increases their salaries by an average of $6,100 and adds an additional $50 million to school funding.

Educators have not said when they expect to return to their classrooms.