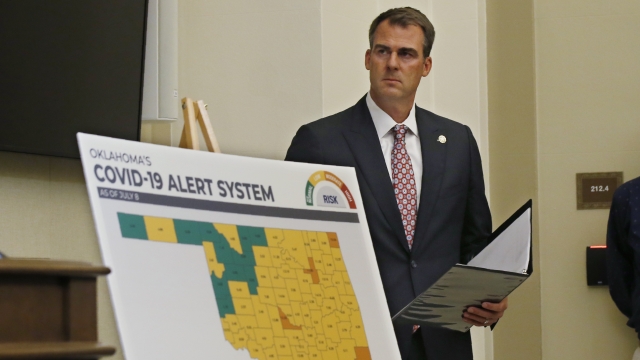 Oklahoma Governor Kevin Stitt says he's tested positive for the coronavirus. He appears to be the first governor in the United States to get infected.

Stitt's family tested negative and he is isolating away from them. He says his symptoms are minor.

"It feels a little bit like just a just an achy cold. But I'm basically asymptomatic," he said. "And obviously, knock on wood, everything's fine here with this."

Oklahoma drew criticism when it hosted a campaign rally for President Trump in Tulsa last month despite a rising number of infections in the state. Stitt attended the rally without a mask but the Oklahoma State Department of Health said contact tracing has ruled out the governor contracting it at the rally.

Stitt didn't wear a mask publicly until late June and has pushed for one of the country's most aggressive reopening plans despite those rising cases. He has maintained opposition to statewide mask mandates, arguing it'd be too difficult to enforce.