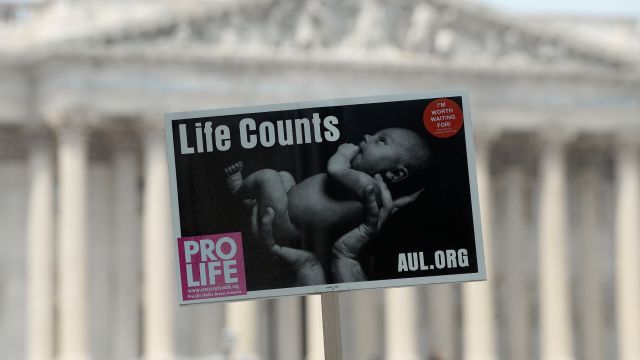 SMS
Oklahoma Lawmakers Pass Bill To Jail Abortion Doctors
By Katie Link
By Katie Link
May 19, 2016
Doctors who perform the procedure could be punished with up to three years of prison time and a revoked license.
SHOW TRANSCRIPT

Oklahoma lawmakers on Thursday approved legislation that would effectively end abortion in the state.

Senate Bill 1552 passed the state’s Senate with a 33-12 vote. Last month, members in the state’s House of Representatives approved it with a vote of 59-9.

The bill makes it a felony for doctors to perform abortions. Physicians who perform the procedure could face one to three years in prison and have their medical licenses revoked. The only exception to providing an abortion would be if a mother’s life is at stake.

The legislation contradicts federal laws passed more than 40 years ago. The landmark case Roe v. Wade gave women across the country the right to have an abortion until fetal viability.

But women seeking an abortion in Oklahoma already face limited options — only two abortion clinics still operate in the state.

The Center for Reproductive Rights has denounced the bill and asked the governor to veto it. A letter to the governor reads in part, "It is unconscionable for Oklahoma policymakers to continue their laser focus on restricting abortion instead of enacting much-needed policies that truly support the health of women and their families."

Gov. Mary Fallin has five days to decide whether or not to sign the bill. If she fails to act, it will automatically become law and is set to go into effect Nov. 1.

This video includes clips from KOKI, KXAN and KWTV and images from Getty Images.