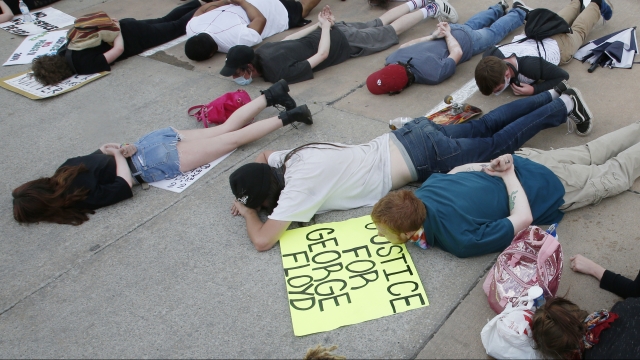 A new law in Oklahoma will grant immunity to drivers who accidentally injure or kill protesters if they're driving to "flee from a riot."

Critics say the GOP-backed bill is aimed at cracking down on protests.

A state representative who sponsored the bill says he supports peaceful protests, but the law is meant to prevent demonstrators from spilling onto streets, blocking traffic and causing property damage.