Oklahoma Inmate Was Given Wrong Drug During Execution 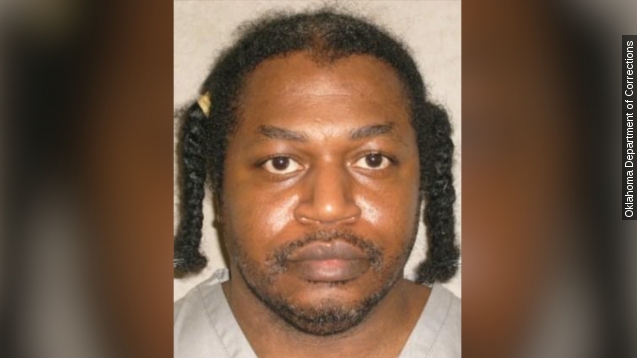 SMS
Oklahoma Inmate Was Given Wrong Drug During Execution
By Christian Bryant
By Christian Bryant
October 8, 2015
The Oklahoman reports death row inmate Charles Warner was given the wrong drug during his execution, according to state records.
SHOW TRANSCRIPT

The Oklahoma death-row inmate who told onlookers his body was on fire during his January execution was reportedly given the wrong drugs by Oklahoma Corrections Department officials. (Video via KJRH)

The Oklahoman reported Thursday that Charles Warner was given potassium acetate instead of potassium chloride — according to state records — which violates state protocols.

That same wrong drug caused Gov. Mary Fallin to issue a stay of execution for Richard Glossip in September. In her decision, Fallin said she's giving the state more than a month to determine if potassium acetate complies with guidelines approved by federal courts.

Warner was scheduled to be executed last year on the same day as another inmate, Clayton Lockett, but the first execution went horribly wrong.

"The inmate started lifting his head up and grimmacing and, kind of, writhing," a woman told KJRH.

Fallin and the director of Oklahoma's corrections department said the attorney general is looking into Warner's execution. Fallin added she'll delay executions until they "have complete confidence in the system."