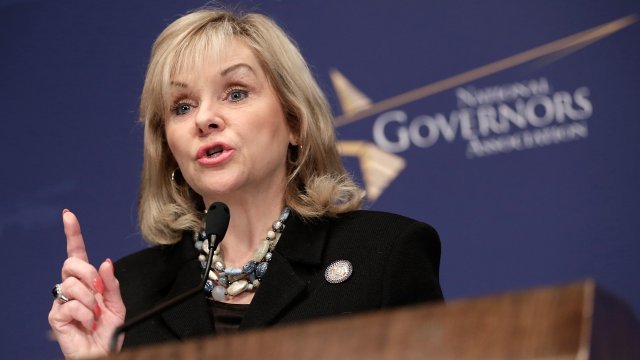 On Friday, Fallin signed a bill that says private child placement agencies have the right to refuse to place children with adoptive and foster parents who violate their "religious or moral convictions."

In a Facebook video released shortly after the signing, Oklahomans for Equality expressed extreme disappointment over the decision and said the group would discuss a possible lawsuit and look at all legal options.

Fallin said the law won't hurt LGBTQ people's ability to adopt or foster. State Catholic Church officials agreed and added in a statement: "The new law will bring more adoption services to the state and allow crucial faith-based agencies to continue their decades-long tradition of caring for Oklahoma's most vulnerable children."

But, critics of the law don't agree, and some think it will hurt the state. Equality Federation said in a statement: "This legislation will cost Oklahomans a great deal of money in lost business and ongoing lawsuits at a time when the state is having trouble affording the basics like school supplies and infrastructure."