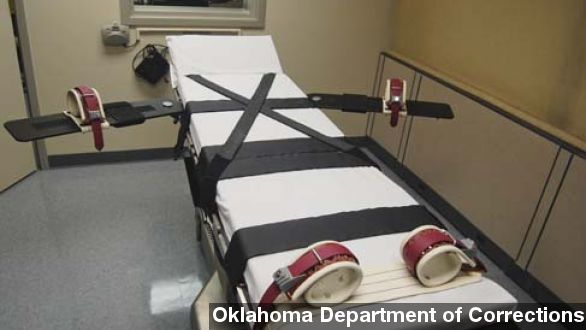 The U.S. Supreme Court has agreed to hear a challenge against Oklahoma’s lethal injection program, and whether it violates the 8th Amendment's protection against cruel and unusual punishment.

The focus of the challenge to Oklahoma’s injection procedure is whether the first drug, midazolam, is effective at rendering a person unconscious.

The move comes about a week after a 5-4 vote from the Supreme Court rejected a stay on the execution of Charles Warner, an Oklahoma inmate convicted for the murder and rape of an infant in 1997.

Supreme Court Justice Sonia Sotomayor wrote the court’s dissent when Warner’s stay of execution was denied earlier in January. In it, she questioned the state’s use of midazolam and whether it could reliably keep an inmate unconscious.

The state concluded it was not administered properly, though a toxicology report found there was more than enough of the drug in Lockett’s blood to render a person unconscious.

The botched execution garnered international press and resulted in a stay on executions in the state until an investigation was finished.

And Oklahoma’s not the only state to face criticism over its use of midazolam — Joseph Wood’s execution in Arizona last July ended up taking two hours and used the same drug.

The last time the Supreme Court made a ruling on lethal injection procedures was in 2008 when a Kentucky protocol was put under review. The court eventually found that the drug cocktail, which did not include midazolam, was constitutional.

This video includes images from the Oklahoma Department of Corrections and James Heilman / CC BY 3.0.