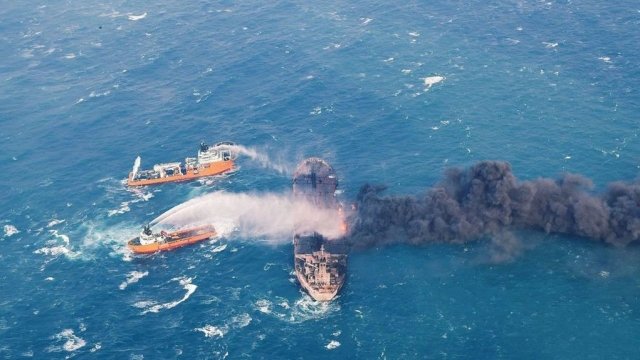 The tanker had 32 people on board when it collided with a Chinese freighter off the coast of Shanghai Jan. 6.

An Iranian oil tanker that had been burning for over a week sank Sunday, according to Chinese media.

The tanker collided with a Chinese freighter nearly 200 miles off the coast of Shanghai on Jan. 6.

Chinese-registered ships have allegedly been transferring oil to North Korean ships since at least October.

There were 32 people aboard the ship at the time of the collision.