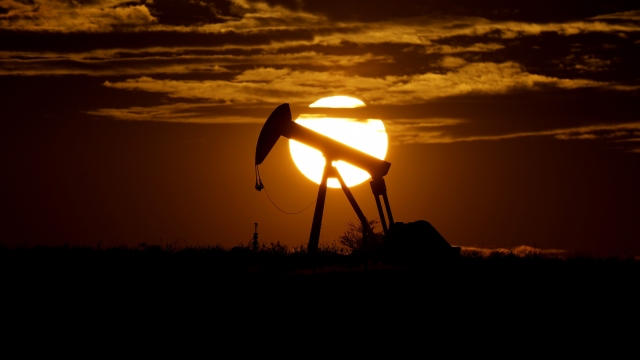 The Organization of the Petroleum Exporting Countries, or OPEC, and its allies finalized an agreement on Sunday to cut oil production by 9.7 million barrels a day. It's the largest output cut in history.

The deal follows a massive drop in demand for energy amid the coronavirus outbreak. It also solves an earlier price war between Russia and Saudi Arabia that contributed to a market surplus.

The group — called OPEC+ — initially proposed cutting production by 10 million barrels a day last week. Mexico pushed back against that that plan but reportedly received  assurance from President Donald Trump that the U.S. would further reduce its production as compensation. Energy Department officials have said the U.S., which is not an OPEC+ member, is already on track to cut production by 2-3 million barrels a day.

Under the terms of Sunday's deal, OPEC members will start cutting production by 9.7 million barrels per day on May 1. Those cuts will continue through the end of June. After that, countries will steadily ramp up production until April 2022.

President Trump celebrated the deal on Twitter, saying it will "save hundreds of thousands of energy jobs in the United States."