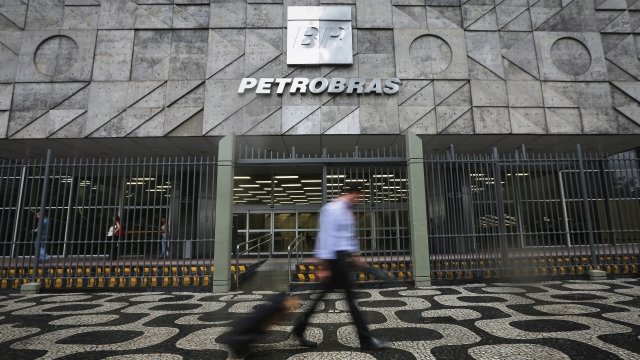 Petrobras, a Brazilian oil company, will pay out $853.2 million to avoid potential prosecution for its role in a massive bribery scheme.

The U.S. Department of Justice said Thursday that Petrobras had agreed to settle charges that it violated the U.S.' Foreign Corrupt Practices Act, which bars companies from bribing foreign officials. Petrobras said some former execs were involved in making "millions of dollars in corrupt payments" to Brazilian politicians and political parties and that they "cooked the books" to hide those payments, but the company maintains it was a victim as well.

As part of the non-prosecution agreement, the $853 million will be split three ways: Brazil will get 80 percent, and 20 percent will go to the U.S. Justice Department and the Securities and Exchange Commission. Petrobras also agreed to continue to cooperate with the DOJ in any ongoing investigations and prosecutions related to the scandal.

This all relates to a massive corruption scandal involving Petrobras executives and some of Brazil's top politicians and companies. The investigation into the scandal, known as Operation Car Wash, has led to over 100 arrests and several convictions so far. One former Brazilian president is serving 12 years for his role in the scandal.