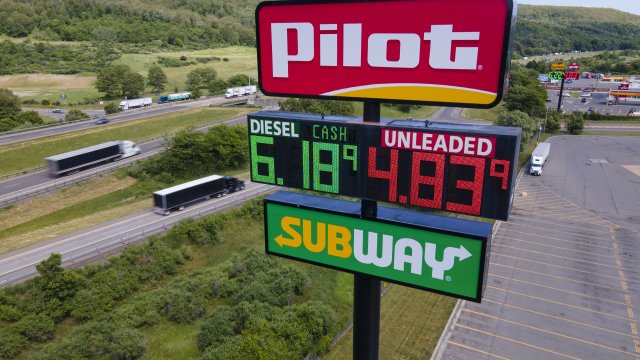 SMS
Oil Companies Cash In Amid High Gas Prices
By John Mone
By John Mone
July 28, 2022
Oil companies are set to make even more money than they did in 2008 when global oil prices skyrocketed.

Shell Oil announced $11.5 billion in profits last quarter, breaking its record from the first three months of the year, when it earned a hefty $9.1 billion.

Oil companies Shell, Hess and Total all reported windfall profits. Chevron and Exxon release their reports Friday. All are set to make even more money than they did in 2008 when global oil prices skyrocketed.

Prices at the pump jumped earlier this year because of the Russian invasion of Ukraine, with the U.S. and allies imposing deep sanctions on the Kremlin and cutting off demand for Russian oil. This, after pandemic-induced supply chain disruptions expanded fears of inflation

Gas prices have been declining for a month, at around $4.28 for a gallon of regular unleaded.

Some are calling for the U.S. to impose a windfall tax on oil earnings like the United Kingdom did in May. The British government announced plans for a 25 percent levy to help people pay energy bills — but with the resignation of prime minister Boris Johnson, the future of that plan remains unclear.