Ohioans Vote Mostly By Mail In Primary Due To Pandemic 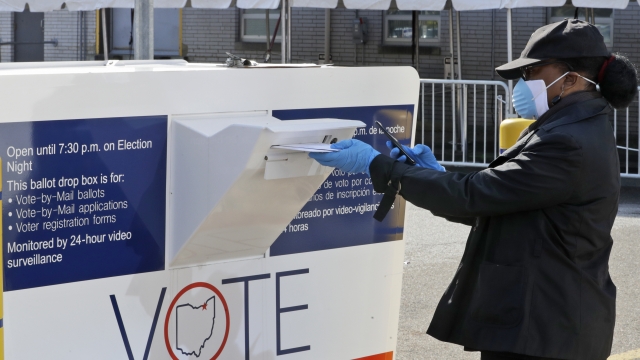 Ohio's primary election was held mostly by mail on Tuesday due to the coronavirus pandemic.

The state's primary was originally scheduled for March 17 but was canceled after Ohio's health director ordered the polls closed in an effort to avoid exposing voters and poll workers to the virus.

Ohioans had until Monday to mail in their ballots but were given until Tuesday evening to drop them off at county boards of elections. In-person voting was also made available for residents who don't have a home mailing address or whose disabilities make it difficult for them to vote by mail.

The Ohio Secretary of State's office said nearly 1.5 million mail-in ballots had been cast as of Saturday. Although preliminary results will begin to be released soon after polls close, results won't be finalized until after May 8, as ballots received by that date are still considered valid.