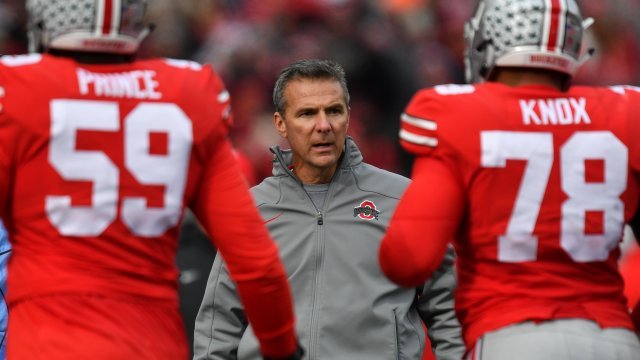 Ohio State University's head football coach Urban Meyer will be suspended for the start of this year's season.

In an announcement late Wednesday night, university officials said Meyer is suspended without pay till September 2. Beyond that, he's suspended from the team's first three games.

The decision comes after allegations of domestic abuse by one of the team's former assistant coaches. Meyer knew about the allegations, and his contract requires him to report any violations of the university's policies — and that includes domestic abuse.

A university investigation found the school's athletic director Gene Smith also knew about the abuse allegations. He is suspended without pay for 17 days.