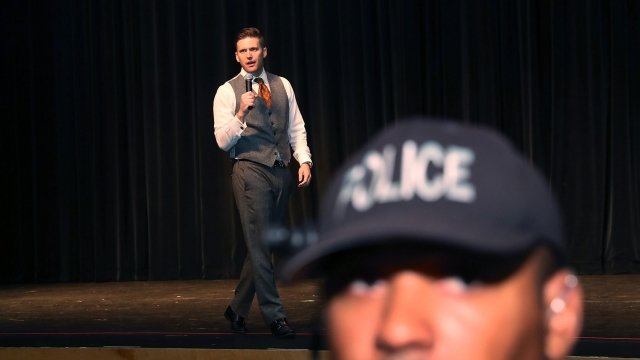 The suit was filed in federal court Sunday after the university refused to rent space on its campus for an event with the white nationalist.

Ohio State University is facing a lawsuit after the school said it wouldn't provide space on campus for white nationalist Richard Spencer to speak.

The suit was filed in federal court Sunday after the university refused to let Cameron Padgett rent space for an event with Spencer.

A lawyer representing Ohio State said in a letter Friday the university couldn't accommodate Padgett's request to rent space "due to substantial risk to public safety, as well as material and substantial disruption."

A Charlottesville man reflects on the now infamous events in his town. He fled his home because of fear for his own safety due to his race.

Ohio State's attorney said the school made the decision after talking with law enforcement and considering what happened during Spencer's speech at the University of Florida last week.

Florida Gov. Rick Scott declared a state of emergency ahead of the event. Spencer's appearance sparked numerous protests on campus. Three men were arrested and charged with attempted homicide in connection to a shooting that happened after Spencer's speech.

But it's possible Ohio State might have to honor Padgett's request after all. Attorney Kyle Bristow successfully sued Auburn University to let Spencer speak on its campus. And he's also filed lawsuits against Michigan State University and Penn State University.