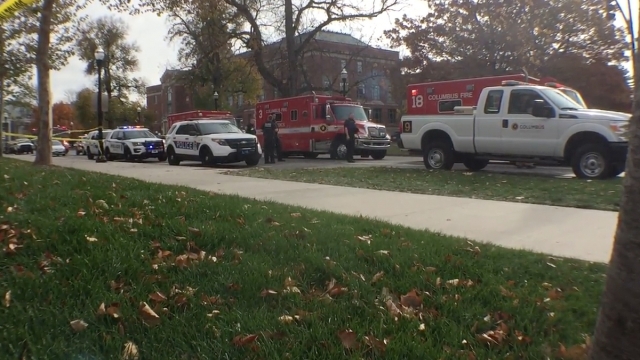 One person is dead after driving a car onto a sidewalk and stabbing people on the Ohio State University campus Monday morning.

Shortly before 10 a.m. local time, a man purposefully drove a car into pedestrians on the sidewalk and then got out of the car and started stabbing people with a butcher knife.

Police have identified the suspect as Abdul Razak Ali Artan. The university's student newspaper, "The Lantern," interviewed Artan in August. In the interview, Artan said he recently transferred to the school.

Initially, there were reports of a second suspect, which prompted OSU Emergency Management to send out an active shooter alert telling people to shelter in place.

Less than 90 minutes after the first alert was sent, Ohio State Police lifted the shelter-in-place order.

Nine people were injured and taken to area hospitals. One of those injured was in critical condition, but none of the injuries are considered life-threatening.