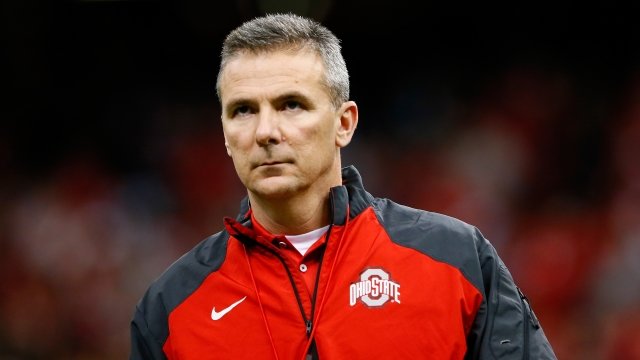 By Briana Koeneman
December 4, 2018
The university said Tuesday Meyer would formally announce his retirement during a press conference later that day.
SHOW TRANSCRIPT

Urban Meyer is stepping down as Ohio State's football coach.

The university said Tuesday Meyer would formally announce his retirement during a press conference later that day.

His final game will be the Rose Bowl on Jan. 1, where the Buckeyes will face the Washington Huskies. Offensive coordinator Ryan Day will take his place the next day.

The news comes after a turbulent year for Meyer. Ohio State suspended him for the start of the 2018 season following revelations he knew about allegations of domestic abuse by one of the team's former assistant coaches, but didn't report it.

Meyer's contract requires him to report any violations of the university's policies — and that includes domestic abuse.

In addition to the controversy, Meyer has also been battling an ongoing health issue that causes intense headaches. He told reporters in October he would continue to coach for as long as he could.

Meyer cited his health concerns for stepping down as head coach of the University of Florida football team in 2011 after leading the Gators for six years.

Meyer has gone 82-9 during his seven seasons as Ohio State's head coach, and is considered one of the most successful college football coaches in the sport today.