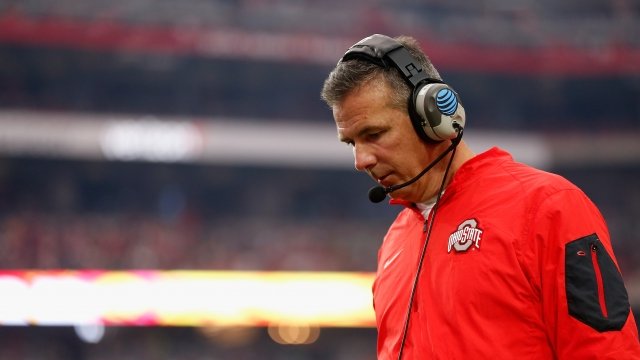 Zach Smith is accused of abusing his now ex-wife, Courtney Smith. She claims she was a victim of habitual abuse, with police reports showing multiple domestic incidents between 2012 and 2018.

That includes an alleged incident of domestic abuse in 2015.

Smith was fired from Ohio State in late July after he was served a civil protection order on behalf of Courtney.

She also says Meyer knew about the alleged abuse.

Meyer said he was aware of an incident between the two in 2009, but did not know about the 2015 allegations.

In a joint statement with Ohio State's athletic director, Meyer said, "I agree that being on leave during this inquiry will facilitate its completion. This allows the team to conduct training camp with minimal distraction. I eagerly look forward to the resolution of this matter."

Meyer is one of the winningest college football coaches in the past 20 years, leading Ohio State, as well as his previous team, the University of Florida, to national championships.

But his contract requires him to report any violations of university rules by assistant coaches, or he could be fired with cause.