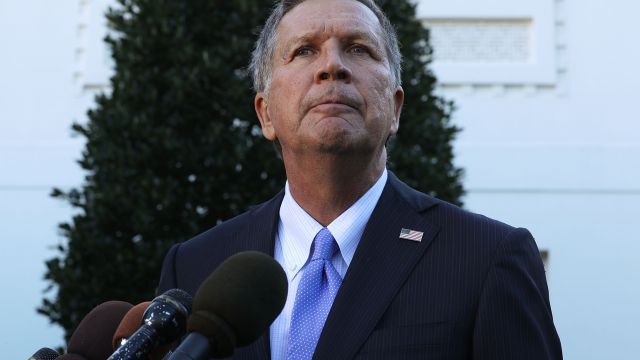 A ban on abortions after a fetus' heartbeat can be detected would be one of the harshest laws of its kind.

The "heartbeat bill" would ban abortions once a fetus' heartbeat can be detected — usually around six weeks into pregnancy.

This isn't the first time Ohio has tried to pass this provision, but it never made it through the state Senate.

This time, the abortion ban was tacked onto a larger bipartisan bill aimed to make it easier for medical professionals to report signs of child abuse.

The bill had bipartisan support until the heartbeat abortion amendment was added just before the state Senate cast its vote.

Kasich has a few options: He can sign the bill or just let it sit on his desk for long enough. Either option would make the heartbeat amendment law by early next year.

The governor of Ohio also has the power of line-item veto, so Kasich could simply take out the heartbeat measure and pass the bill in its original form.

If Kasich vetoes the bill in its entirety, a three-fifths vote in the state House and Senate would override the governor.

The heartbeat bill would only allow for an abortion if the mother is at risk of death or "irreversible impairment of a major bodily function." There are no exceptions for pregnancies in cases of rape or incest.

Kasich has said he is anti-abortion with the exception of rape and incest or if the life of the mother is at risk.