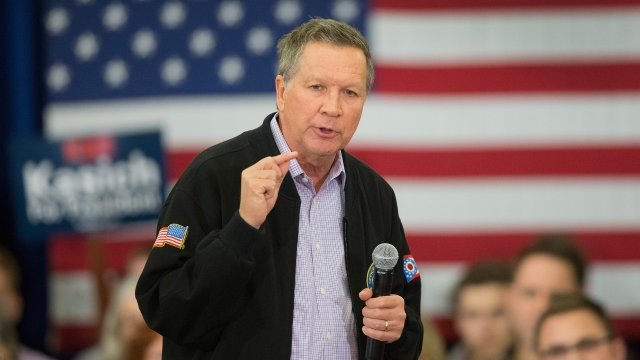 By Katherine Biek
December 28, 2018
The bill would've effectively banned abortions after a fetal heartbeat is detected, which is usually about six weeks into pregnancy.
SHOW TRANSCRIPT

While the state's House of Representatives secured the necessary votes Thursday, the Senate fell one vote shy. It needed 20 votes, but only 19 senators voted to override Kasich's veto of the so-called "fetal heartbeat" measure.

If Kasich had signed the bill into law, it would've effectively banned abortions after a fetal heartbeat is detected, which is usually about six weeks into pregnancy.

Kasich said he vetoed the measure because it would've likely been struck down as unconstitutional by the court system and he was worried Ohio would be on the hook for costly legal fees.

But Ohio lawmakers say Thursday's failure is just a temporary roadblock. The issue is expected to come up next year after a new General Assembly takes office, and incoming Gov. Mike DeWine has already said he'd sign a "fetal heartbeat" bill.