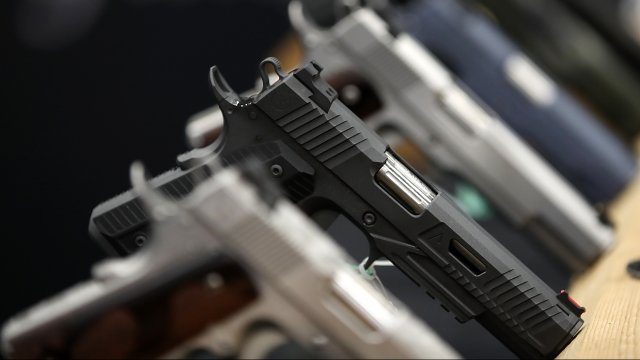 Ohio's Legislature voted Thursday to overturn the governor's veto of a bill that expands gun-owner rights, among other things.

Ohio's Senate voted nearly two-to-one in favor of striking down Ohio Gov. John Kasich veto, according to the Associated Press. Ohio's House of Representatives also voted to override the veto earlier in the day by more than three-to-one.

The bill allows off-duty police officers to carry concealed weapons and strengthens penalties against illegal "strawman" gun purchases, which Gov. Kasich supports. But a provision that would shift the burden of proof in criminal self-defense cases from defendants to prosecutors is what ultimately lead the governor to veto the bill earlier this month. Kasich also wanted the bill to include a "red flag" law, which would allow authorities to temporarily take guns from those that show signs of being a danger to themselves or others.

Although the Republican governor remains firm that he supports the Second Amendment, he has pushed for more gun control in his state. The two-term Governor will leave office January 2019.