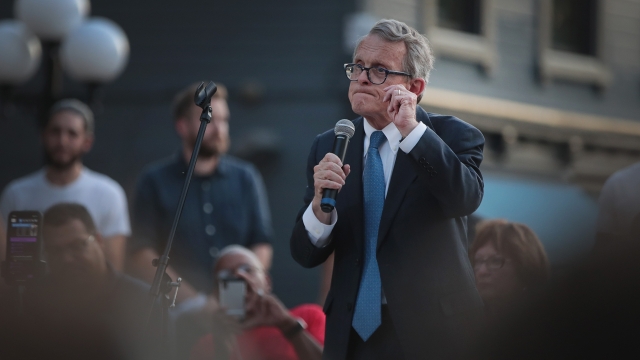 Ohio Gov. Mike DeWine has announced several proposals aimed at curbing gun deaths in the wake of the mass shooting in Dayton that killed nine people and injured dozens more.

During a news conference on Tuesday, DeWine unveiled 17 potential measures "to address gun violence," as well as "outlined further action to increase mental health prevention, identification, and treatment." DeWine's announcement comes on the heels of his appearance at a vigil shortly after the shooting on Sunday, where he was interrupted by some in the crowd.

[Crowd chants, "Do something!"]

The governor addressed the crowd's reaction during Tuesday's news conference, saying he understood why they were angry.

"For it's impossible to make sense out of what is senseless," DeWine said. "Some chanted 'do something,' and they were absolutely right. We must do something, and that is exactly what we are going to do."

Among his proposals, DeWine called on state lawmakers to pass a "red flag" law, which allows for the court-ordered removal of guns "from potentially dangerous individuals." He also called for background checks for most gun purchases in the state, harsher penalties for illegal firearm possessions and straw purchases, and increased access to mental health services.

The proposals could have a hard time passing in the state's Republican-controlled legislature. DeWine's predecessor, John Kasich, also pushed for more gun control measures during his tenure, including an unsuccessful attempt to pass a "red flag" law.