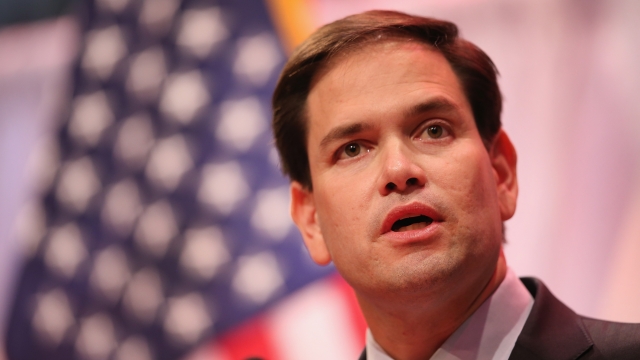 "It's morning again in America," the narrator in the ad said.

The Florida senator's newest campaign ad opens on a boat crossing a peaceful harbor with a striking skyline in the background.

But, it turns out, that picturesque scene might not have been filmed in the U.S. at all.

A reporter for BuzzFeed conducted a "quick Internet search" and found the shot is tagged on two different stock footage sites as "Vancouver." As in Vancouver, Canada.

That same reporter also noted you can spot Vancouver's Harbour Centre Lookout Tower in the skyline.

And if you look closely enough, the flag on the boat looks like, you guessed it, a Canadian flag.

Rubio's campaign told BuzzFeed it wasn't aware of the apparent mistake until after the report came out. A spokesperson told the outlet, "We're not going to make Canada an issue in this election."

Of course, Rubio isn't the only candidate who's been plagued by ad problems in recent days.

Ted Cruz's campaign pulled one of its commercials last week after it found out one of the actresses had previously starred in adult films.

As for Rubio's ad, it's unclear if his camp will pull the spot.