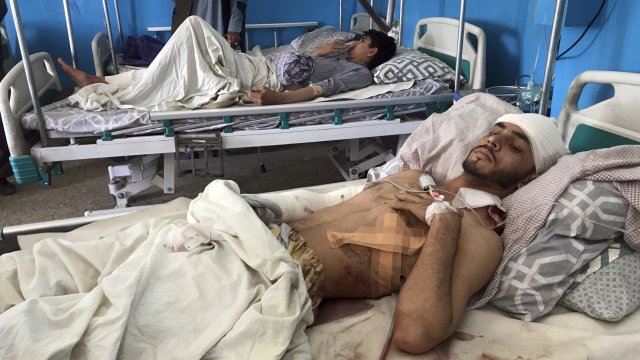 The attack — as tragic as it is — wasn’t a surprise to U.S. officials.

In the days leading up to the attack Secretary of State Antony Blinken and President Biden both warned the threat risk was very high. Hours before the bombings the State Department urged Americans to leave the gates around the airport — warning of an “imminent threat.”

After the attack Gen. Kenneth McKenzie, commander of U.S. Central Command, put it most bluntly. He said the attack was expected "sooner or later" and the threat continues.

"It would be difficult to overestimate the number of unusual challenges and competing demands that our forces on the ground have faced. The threat to our forces, particularly from ISIS-K, is very real, as we have seen today," said Gen. McKenzie. "ISIS will not deter us from accomplishing the mission, I can assure you of that."