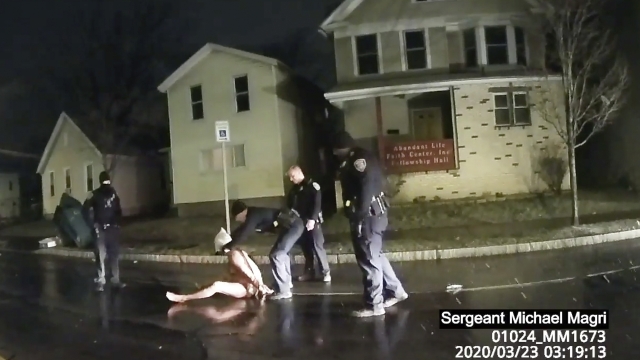 Officials tried to withhold information about the death of Daniel Prude in Rochester, New York according to newly released documents.

Emails show leadership within the police department was worried about public backlash after the attempted arrest in March.

Officers had put a spit bag over Prude’s head and pinned him to the ground while trying to restrain him.

A week later he passed away, and his death was ruled a homicide caused by “complications of asphyxia in the setting of physical restraint"

Rochester's mayor fired the city's police chief after an investigation into the incident showed police commanders and other officials sought to mislead the public and did not take Prude’s death seriously.

"For the world to see him in that state versus the way i saw him and my family saw him, which is..it hurts me, cause nobody got the chance to experience him as himself," Tashyra Prude said.

Prude’s family has also accused authorities of a coverup.