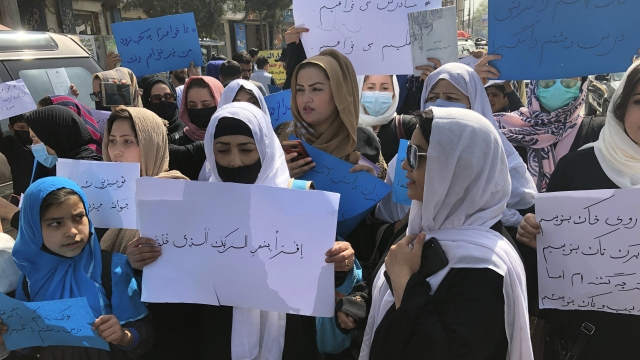 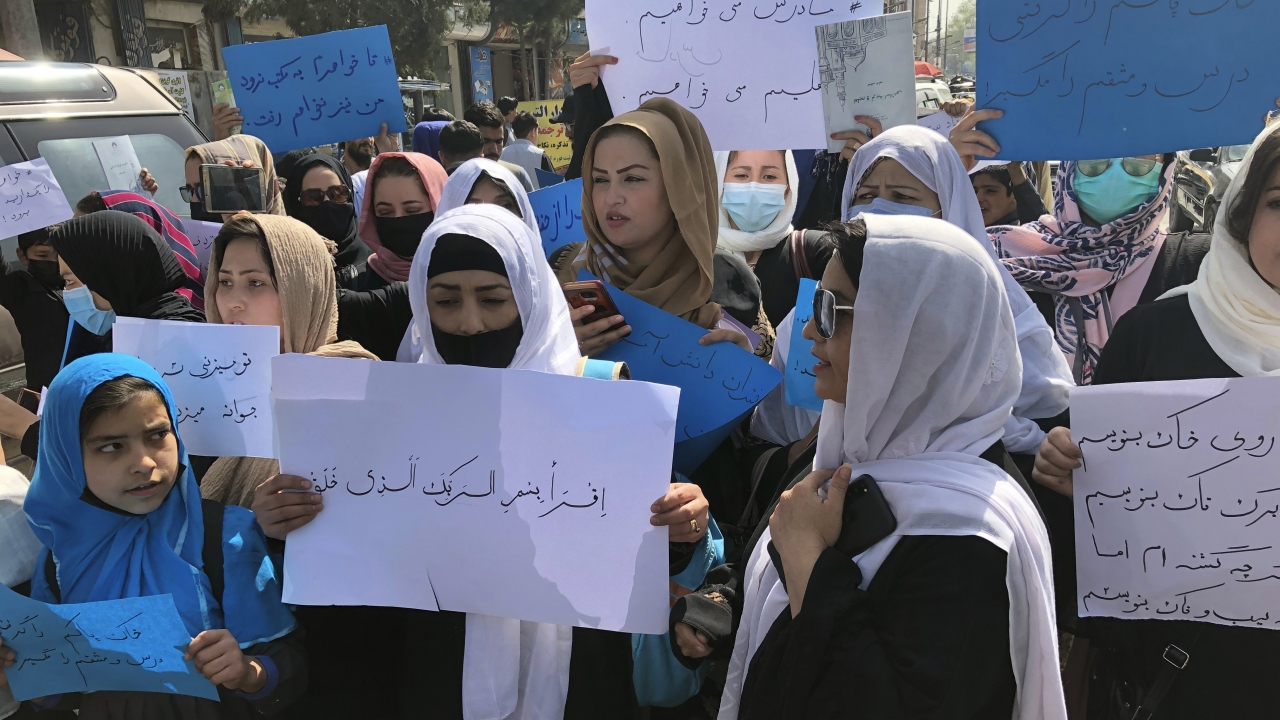 Afghanistan's Taliban rulers refused to allow dozens of women to board several flights, including some overseas, because they were traveling without a male guardian, two Afghan airline officials said Saturday.

The officials, who spoke on condition of anonymity for fear of repercussions from the Taliban, said dozens of women who arrived at Kabul's international airport Friday to board domestic and international flights were told they couldn't do so without a male guardian.

Some of the women were dual nationals returning to their homes overseas, including some from Canada, according to one of the officials. Women were denied boarding on flights to Islamabad, Dubai and Turkey on Kam Air and the state-owned Ariana Airline, said the officials.

The order came from the Taliban leadership, said one official.

By Saturday, some women traveling alone were given permission to board an Ariana Airlines flight to western Herat province, the official said. However, by the time the permission was granted they had missed their flight, he said.

The airport's president and police chief, both from the Taliban movement and both Islamic clerics, were meeting Saturday with airline officials.

"They are trying to solve it," the official said.

It was still unclear whether the Taliban would exempt air travel from an order issued months ago requiring women traveling more than 45 miles to be accompanied by a male relative.

Taliban officials contacted by The Associated Press did not respond to multiple requests for comment.

Since taking power last August, the Taliban leadership have been squabbling among themselves as they struggle to transition from war to governing. It has pit hard-liners — like acting Prime Minister Mullah Hasan Akhund, who is deeply rooted in the old guard — against the more pragmatic among them, like Sirajuddin Haqqani. He took over leadership of the powerful Haqqani network from his father Jalaluddin Haqanni. The elder Haqqani, who died several years ago, is from Akhund's generation, who ruled Afghanistan under the strict and unchallenged leadership of Mullah Mohammad Omar.

Infuriating many Afghans is the knowledge that many of the Taliban of the younger generation, like Sirajuddin Haqqani, are educating their girls in Pakistan, while in Afghanistan women and girls have been targeted by their repressive edicts since taking power.

This latest assault on women's rights in Taliban-run Afghanistan denying women air travel, comes just days after the all-male religiously driven government broke its promise to allow girls to return to school after the sixth grade.

The move enraged the international community, which has been reluctant to recognize the Taliban-run government since the Taliban swept into power last August, fearing they would revert to their harsh rule of the 1990s. The Taliban's refusal to open up education to all Afghan children also infuriated large swaths of the Afghan population. On Saturday, dozens of girls demonstrated in the Afghan capital demanding the right to go to school.

After the Taliban's ban on girls education beyond the sixth grade, women's rights activist Mahbouba Seraj went on Afghanistan's TOLO TV to ask: "How do we as a nation trust you with your words anymore? What should we do to please you? Should we all die?"

An Afghan charity called PenPath, which runs dozens of "secret' schools with thousands of volunteers, is planning to stage countrywide protests to demand the Taliban reverse its order, said Matiullah Wesa, PenPath founder.

On Saturday at the Doha Forum 2022 in Qatar, Roya Mahboob, an Afghan businesswoman who founded an all-girl robotics team in Afghanistan, was given the Forum Award for her work and commitment to girls education.

U.S. special representative for Afghanistan Tom West canceled meetings with the Taliban at the Doha Forum after classes for older girls were halted.

Deputy U.S. State Department spokesperson Jalina Porter said in a statement that "We have canceled some of our engagements, including planned meetings in Doha and around the Doha Forum, and have made clear that we see this decision as a potential turning point in our engagement.

"The decision by the Taliban, if it is not swiftly reversed, will profoundly harm the Afghan people, the country's prospects for economic growth, and the Taliban's ambition to improve their relations with the international community," she said.

In an interview after receiving the Doha Forum award, Mahboob called on the many global leaders and policy makers attending the forum to press the Taliban to open schools for all Afghan children.

The robotics team fled Afghanistan when the Taliban returned to power but Mahboob said she still hoped a science and technology center she had hoped to build in Afghanistan for girls could still be constructed.

"I hope that the international community, the Muslim communities (have not) forgotten about Afghanistan and (will) not abandon us," she said. "Afghanistan is a poor country. It doesn't have enough resources. And if you take (away) our knowledge, I don't know what's going to happen."