Student In STEM School Shooting Died After Trying to Save Classmates 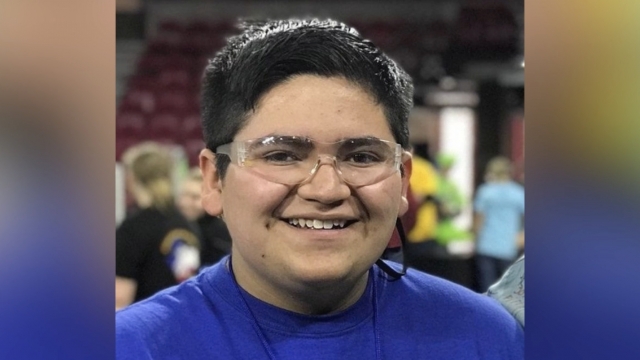 Kendrick Ray Castillo lost his life during Tuesday's school shooting in Colorado. He is now being called a hero for trying to take down the attacker as classmates dove for safety.

"Kendrick lunged at him to try and subdue him as soon as he said 'don't you move,' Kendrick lunged giving all of us enough time to hide under our desks," Tuscany "Nui" Giasolli said. "And the shooter ended up shooting Kendrick. And then we, then the shooter ran across the room. And he was then tackled by a couple other students."

His father said he knew something was wrong when his son didn't answer his phone.

"You know, it's like you expect your kid to pick up the phone and tell you, you know, me alone," John Castillo said. "I was a little bit guilty because as I was trying to call him and I thought 'well maybe this is the wrong thing?' You know, maybe I'm putting his life in jeopardy by having the phone ring so, I was texting. I tried to Facetime him and I was getting nothing. You know, my anxiety and my lump in my chest is growing. You know, I just couldn't believe it can believe this was happening to my son."

Eight other students were injured in the school attack at STEM School Highlands Ranch. Authorities also identified one of the two suspected shooters as 18-year-old Devon Erickson and said the other is a female juvenile. Both are students at the school and are in custody.

Authorities identified Kendrick as the victim on Wednesday.

"If it hadn't been for him, I wouldn't have my baby today and I can't imagine," Nyki Giasolli said. "I will never be able to thank them. I have no words, other than what a Hero."

According to its website, the school has more than 1,800 students from kindergarten through 12th grade.

"This is a terrible event," Douglas County Sheriff Tony Spurlock said. "This is something that no one wants to have happen in their community. We're going to investigate that, and we will get to the bottom of it to figure out how and what has occurred."

Law enforcement performed room-to-room searches. The school district told parents to pick up their children at the Northridge Recreation Center. Students were taken to the center on a bus so they could be reunited with their families.

The shooting took place less than three weeks after the 20th anniversary of the Columbine shooting where 13 people were killed in Littleton.