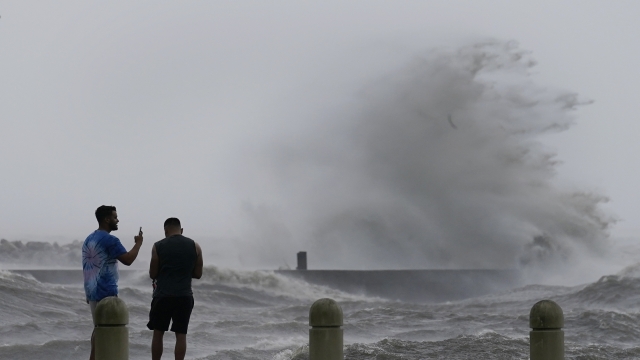 Sixteen years after Hurricane Katrina, Hurricane Ida brought devastation from high winds and rain, but flooding was far less severe than in 2005.

Back in 2005, category 3 Hurricane Katrina — a level below category four Ida — breached multiple levees, killing over 1,800 people and causing roughly $170 billion in damage.

This time around, the levees, surge barriers, gates, flood walls, canal closures and pumps surrounding New Orleans kept much of the storm surge water out.

The levees and flood walls now total over 350 miles, and the hurricane protection system includes the largest drainage pump station in the world, according to Corps of Engineers figures.

Fortifications which, the engineers say, can take on even a “100-year level of storm surge.”

Now he's one of the lead Senate negotiators on a bipartisan $1.2 trillion infrastructure package, which includes billions in flood mitigation and infrastructure funding — some directly earmarked for Louisiana.

"We've learned our lesson, in terms of fortification," Cassidy said. "But clearly, there needs to be more work. There's billions in there to harden the grid for coastal restoration, and areas affected by natural disasters for flood mitigation, for sewer and water systems, you name it."