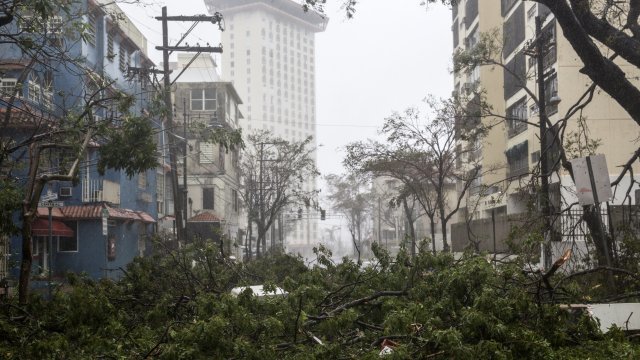 Officials are reporting all of Puerto Rico is without power after Hurricane Maria's landfall there Wednesday morning. The hurricane hit the island as a Category 4 storm with winds of up to 155 mph.

A spokesperson for the governor described the scene as "total devastation." There are also reports of heavy flooding and major structural damage.

Puerto Rico is home to about 3.4 million people. Early reports haven't indicated any deaths or injuries associated with the storm on the island. 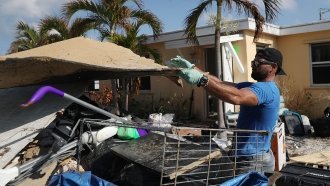 Florida Is Turning Hurricane Irma Wreckage Into Power For Its Grids

The storm is currently moving away from Puerto Rico in a northwest direction, according to the National Hurricane Center.

Hurricane Maria has been downgraded to a Category 2 but may become a Category 4 again as it continues on its path.

So far, the storm has claimed at least eight lives on the island of Dominica, where it made initial landfall.