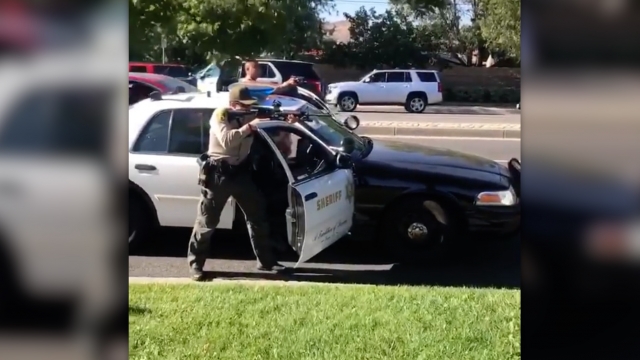 Officials in Santa Clarita, California, are investigating an incident involving local police officers and a group of Black teenagers.

The mother of one of the teenagers posted a video of the incident on social media over the weekend. It started when bystanders called authorities after seeing a man pull a knife on a group of teens. Deputies who arrived at the scene held the teenagers at gunpoint. They were then handcuffed and put in squad cars.

The Los Angeles County sheriff posted a video statement saying he was reviewing the encounter and had "concerns regarding the tactics employed."

"A call for service was received regarding a felony assault. And the deputies detained those allegedly to be involved. The matter is currently being investigated," Los Angeles County Sheriff Alex Villanueva said.

Santa Clarita's mayor called for a "full and expedited review of incident" and said the deputy involved should "be immediately removed from the field until the investigation is complete."