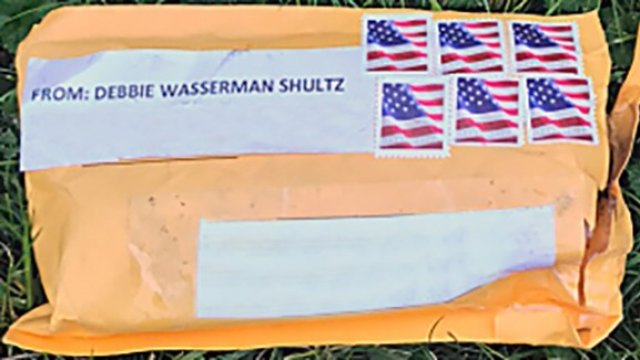 Authorities have confirmed that the suspect arrested in connection to 13 improvised explosive devices sent to high-profile Democrats is 56-year-old Florida resident Cesar Sayoc.

Sessions did not comment on the suspect's motivations beyond saying he "appears to be a partisan." Video shows him attending a rally for President Donald Trump in February of 2017, and other outlets have reported his online presence includes threats against some of the figures targeted with IEDs.

This news comes after two more potentially dangerous packages were found Friday morning. One package, addressed to Democratic Sen. Cory Booker, was found at a mail facility in Florida. The other was addressed to former Director of National Intelligence James Clapper and was found at a Manhattan mail processing center.

Both reportedly look similar to the other packages mailed in manila envelopes to high-profile individuals who have been critical of President Trump. In Friday's press conference, Wray said more devices could still be in transit.

CNN reports federal agents believe some of the packages went through a U.S. Postal Service processing center in Florida. They started searching the facility Thursday for clues about the sender.