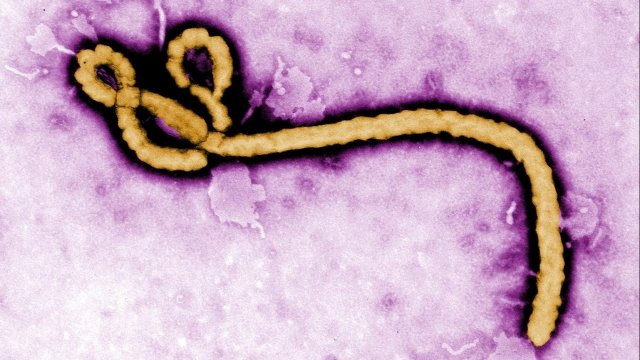 At least 17 people may have died from the disease in the Democratic Republic of Congo over the past five weeks.

Centers for Disease Control and Prevention

The World Health Organization says the Democratic Republic of Congo is dealing with another Ebola outbreak.

Officials made the declaration Tuesday after two cases of the disease were confirmed in the northwestern part of the country.

At least 17 people showing signs of hemorrhagic fever in the region have died over the past five weeks. But since there are multiple types of viral hemorrhagic fever, officials have not yet confirmed if those patients died from Ebola.

This is the ninth time an Ebola outbreak has been recorded in the Democratic Republic of Congo. The last one occurred in 2017.

And before that, an unprecedented Ebola epidemic that began in West Africa killed more than 11,000 people between 2014 and 2016.

The WHO says it's working closely with the Democratic Republic of Congo's government to help stop the disease from spreading. It plans to deploy various officials, including doctors and vaccination support teams, over the next several days.