Officials Are Investigating A Deadly Bacteria Outbreak In Wisconsin 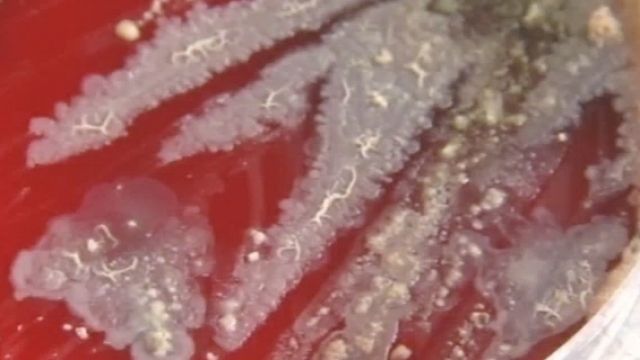 SMS
Officials Are Investigating A Deadly Bacteria Outbreak In Wisconsin
By Ben Lawson
By Ben Lawson
March 4, 2016
Authorities say an outbreak of Elizabethkingia bacteria has infected 44 people since November, including 18 who died while infected.
SHOW TRANSCRIPT

An outbreak of a deadly bacteria in Wisconsin has led to 44 infections since November, including 18 deaths.

Elizabethkingia is a bacteria that can enter the bloodstream and cause fever, shortness of breath, chills and cellulitis.

"This is one organism that's inherently very difficult to treat. It has built in resistance to wide range of antibiotics," said Michael Bell of the Center of Disease Control and Prevention.

Wisconsin officials and the Centers for Disease Control and Prevention are trying to determine the source of the outbreak.

So far, the Wisconsin Department of Health Services said the majority of patients have been over the age of 65 and have a history of at least one serious, underlying illness.

This video includes clips from WTMJ and WSAW and images from Dr. saptarshi / CC BY SA 3.0.