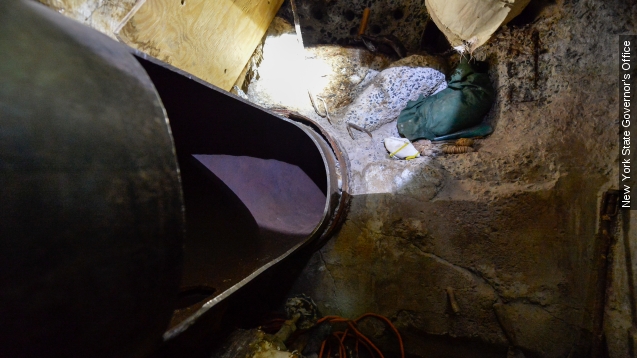 A prison worker was arrested Friday after she admitted to assisting in a high-profile escape from a prison in upstate New York.

New York State Police representative Charles E. Guess told reporters, "Our interviews with Joyce Mitchell have been fruitful and productive. We've decided to charge her tonight and move on with other aspects of the investigation."

According to ABC, Mitchell was also supposed to act as a getaway driver the night Matt and Sweat broke out.

"She never showed that night. We’ve learned she checked herself into a hospital, complaining of a panic attack,” said ABC’s Brandi Hitt. (Video via ABC)

In the meantime, authorities have narrowed their search for Matt and Sweat to the area surrounding the prison, after search dogs picked up a possible scent trail.

“New York State police have shut down a large part of Route 374, the main thoroughfare into Dannemora, where Clinton Correctional Facility is located. And there is someone with a gun on nearly every corner,” said CNN’s Randi Kaye. (Video via CNN)