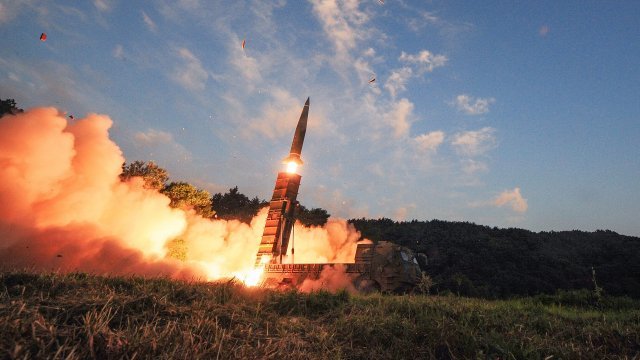 Rhee Cheol-hee, a member of the ruling Democratic Party in South Korea, said hackers stole a blueprint for "Operations Plan 5015" among other things.

The plan included instructions on how to remove leader Kim Jong-un in the case of war.

Rhee said the hackers stole 235 gigabytes of data, nearly 80 percent of which hasn't been identified yet.

Nations acquire nuclear weapons for all sorts of reasons, and it's rarely about actually setting off the bomb.

Regarding the breach he said, "How could we fight against an enemy and win a war if it's already aware of our strategy?"

Some joint military plans have been rewritten recently in response to tensions with North Korea, according to The New York Times.

This information comes to light as the North Korean threat continues to grow alongside President Donald Trump's perceived threats of military action.

North Korea's been tied to data breaches before, including the infamous 2014 hack of Sony Pictures Entertainment in retaliation for its release of "The Interview," a comedy about an assassination plot against North Korean leader Kim Jong-un.