Official: HHS Doesn't Have To Check On Kids Released From Its Custody 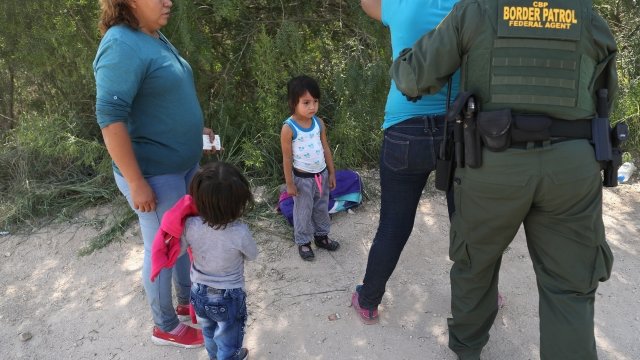 SMS
Official: HHS Doesn't Have To Check On Kids Released From Its Custody
By Jake Jones
By Jake Jones
August 16, 2018
A congressional report found there wasn't a government agency tasked with monitoring those children's care.
SHOW TRANSCRIPT

A Trump administration official said the federal government doesn't have the authority or responsibility to keep tabs on migrant children released from its custody. His testimony comes a day after a congressional report found there wasn't a government agency specifically tasked with monitoring those children's care.

Health and Human Services official Jonathan White told a Senate subcommittee Thursday that HHS isn't a law enforcement agency and there's no law mandating the department continue monitoring a child's well-being after they're placed with a sponsor.

HHS is required to follow up with a phone call 30 days after placement, but sponsors aren't required to take that call. The subcommittee's report found out of more than 7,000 children the government attempted to contact, officials were "unable to determine with certainty the whereabouts of 1,475" children, and 28 had reportedly run away.

It's an ongoing issue. The Senate Subcommittee on Investigations has been looking into it since 2015. The problem was amplified after the Trump administration started implementing a "zero-tolerance" policy at the border. That policy put more than 2,500 unaccompanied children into HHS care in May and June.

Two subcommittee members, a Republican and a Democrat, said they were working on legislation to assign responsibility for monitoring children once they're released from federal custody.