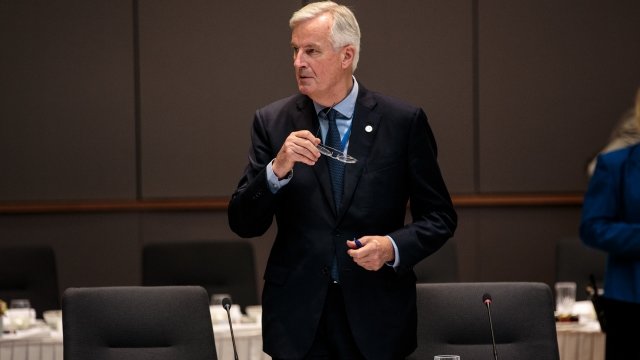 The European Union's chief negotiator says a deal with the U.K. is 80 percent complete.

The EU's Michel Barnier told the Council on Foreign Relations on Tuesday about 20 percent of the deal needs to be worked out. He said trade agreements and some issues regarding the Ireland-Northern Ireland border need to be hammered out.

These comments come as U.K. Prime Minister Theresa May faces political turmoil back at home. At least five government officials, including three Cabinet members, resigned since Sunday because they disagreed with May's Brexit strategy.

May said she remains confident a Brexit deal can be reached, even as she faces leadership questions back home. The U.K. is expected to release more details about its Brexit plan on Thursday.

Barnier said "no deal is the worst situation for everybody" and that he is committed to working out an agreement. But despite his optimistic outlook, Barnier added the EU is ready for all scenarios, including one where no deal is reached.