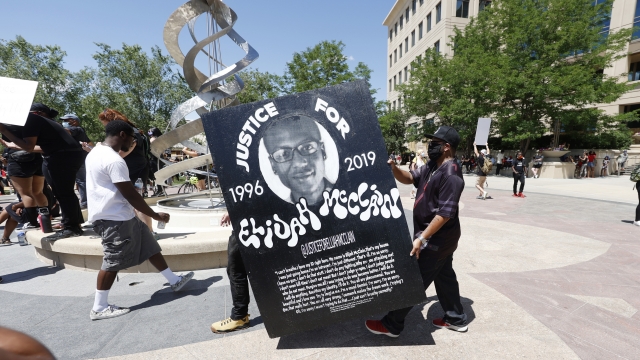 Three Aurora Police Department officers have been fired over photos taken at the site of Elijah McClain's memorial in Colorado.

Three Colorado police officers have been fired over photos taken at the site of Elijah McClain's memorial.

McClain was a 23-year-old Black man who died after being arrested as he walked home from a convenience store in Aurora, Colorado. His name is one of many being chanted by protesters in their demands for justice, racial equality and an end to police brutality.

Aurora Police Department interim chief Vanessa Wilson said a fellow officer reported the photos. One of the photos posted on the department's website shows the officers reenacting the restraint used on McClain before he died.

The officers were immediately placed on paid administrative leave after the photos were reported Thursday afternoon.