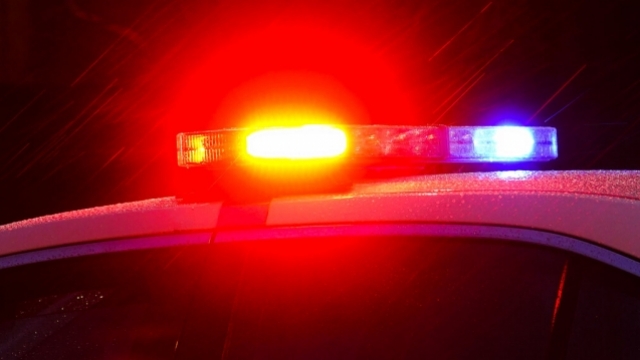 SMS
Officers Charged In Train Crash Into Patrol Car On Tracks With Suspect
By Associated Press
By Associated Press
November 8, 2022
One of the officers is charged with attempted manslaughter and second-degree assault in the Colorado crash that happened during an arrest Sept. 16.

Two police officers In Colorado who were involved in the arrest of a woman who was seriously injured when the parked patrol car she was in was hit by a freight train were charged Monday.

Prosecutors also announced that the woman, Yareni Rios-Gonzalez, who was arrested after a report of an alleged road rage incident involving a gun before the crash, was also charged with felony menacing.

The Weld County District Attorney's Office announced the charges in a statement. It provided basic court documents listing the charges but said it would not provide further details because of "pending litigation." The documents did not include a narrative about what the officers allegedly did leading up to the Sept. 16 crash, which was captured on police body camera footage.

Rios-Gonzalez's lawyer, Paul Wilkinson, who has said he planned to file suit over the crash, did not immediately return a telephone call seeking comment.

Of the two police officers, Fort Lupton Officer Jordan Steinke, faces the most serious charges — attempted manslaughter and second-degree assault — both felonies. No lawyers were listed as representing her in online court records yet and no contact information for her was listed on the department's website.

Pablo Vazquez, a sergeant from the neighboring city of Platteville identified on body camera footage as the arresting officer, was charged with five counts of reckless endangerment for allegedly putting Rios-Gonzalez, Steinke and three other people at risk, as well as for traffic-related violations including parking where prohibited.

A telephone message and email sent to Vazquez at work were not immediately returned. Online court records did not list an attorney representing him yet either.

Following the crash, Vazquez told other officers on body camera footage that he thought he had cleared the tracks when he parked his patrol vehicle behind Rios-Gonzalez's truck to arrest her. He said he was focused on her because he was concerned about weapons. He also said he did not know that the other officer he was working with from another department, who was not identified, had put Rios-Gonzalez in his patrol vehicle until after it was hit by the train. He said the "saving grace" was that the other officer put Rios-Gonzalez on the side of the vehicle not usually used for people who are arrested.

Other video from Vazquez's body camera show him and another officer searching Rios-Gonzalez's truck as the train approaches and its horn is blaring. Vazquez asks the other officer several times over the sound of the train's rumbling whether Rios-Gonzalez was in the patrol vehicle and she responds, one hand to her face, "Oh my God, yes, she was!"

Other police video shows officers scrambling as the train approaches and slams into the vehicle.