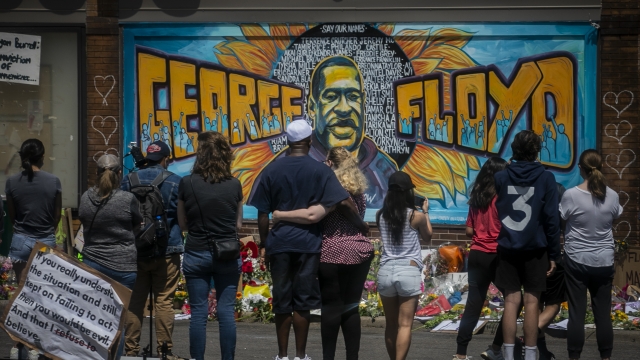 SMS
Officer Who Knelt On George Floyd's Neck To Be Tried Alone
By Gage Jackson
By Gage Jackson
January 12, 2021
Former Minneapolis police officer Derek Chauvin will stand trial alone in March while three others will be tried together in August.
SHOW TRANSCRIPT

The four Minneapolis police officers charged in the death of George Floyd will not be tried together.

According to court orders, Derek Chauvin – the officer who knelt on Floyd's neck – will stand trial alone in March. The other three former officers will have a separate trial in late August.

The judge split the trial due to the pandemic, saying it's "impossible to comply with COVID-19 physical restrictions" given the number of lawyers and others who will be present.