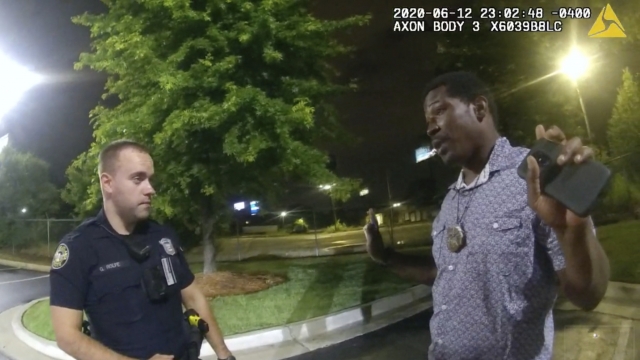 The officer charged with killing Rayshard Brooks in Atlanta is asking for conditions of his bond to be lifted.

A judge set a $500,000 bond, ordered him to wear an ankle monitor, imposed a curfew and is preventing him from having guns or being in touch with Atlanta police officers.

Rolfe's lawyers say he was justified in shooting Brooks and shouldn't have to comply with those conditions.

Rolfe was fired last year after the shooting but last week his firing was reversed because officials argued he wasn't granted due process.