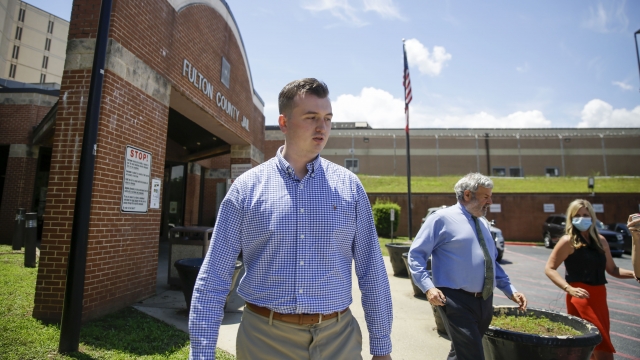 One of the Atlanta police officers involved in the death of Rayshard Brooks has been released on bond after turning himself in at the county jail.

Brooks was shot twice in the back while trying to run away from police officers in a Wendy's parking lot.

Records from the Fulton County Jail in Georgia show Devin Brosnan was booked Thursday. He was not the alleged shooter but faces charges of aggravated assault and violation of oath by a public officer. Brosnan has been placed on administrative duty.

Howard said Brosnan admitted to standing on Brooks' body immediately after the shooting.

Howard said Brosnan is cooperating and is willing to testify.

Howard said, "He is one of the first police officers to actually indicate that he is willing to testify against someone in his own department. We've had about 40 of these cases that we've prosecuted, and I don't remember a circumstance when we've had an officer — particularly in a case this important — to step forward and to say that they would cooperate with the state."