Officer Involved In Breonna Taylor's Shooting Will Be Fired 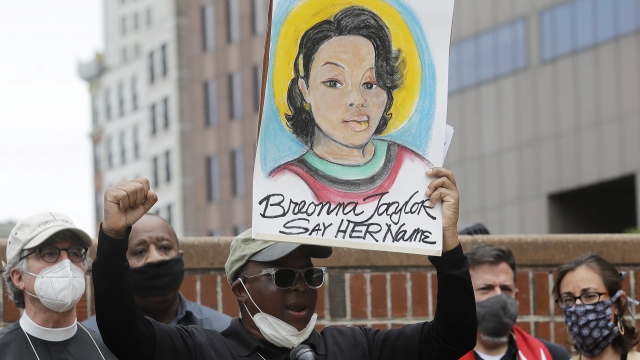 One of the three Louisville, Kentucky, police officers involved in the fatal shooting of Breonna Taylor will be fired. Mayor Greg Fischer made the announcement Friday.

He said the Louisville Metro Police Department is initiating termination procedures against Officer Brett Hankison. Fischer said he couldn't give many more details.

"Unfortunately, due to a provision in state law that I very much would like to see changed, both the chief and I are precluded from talking about what brought us to this moment, or even the timing of this decision," Fischer said.

He said any questions about that law should be directed to Jefferson County Attorney Mike O'Connell.

In May, the FBI announced it was investigating Taylor's death. She was killed in March after three plainclothes officers entered her apartment under a no-knock warrant during a drug investigation.

Her boyfriend called 911 and reportedly shot an officer in the leg because he thought it was a home invasion. Taylor was shot eight times. The lawsuit says no drugs were found and that neither Taylor nor her boyfriend had any criminal history or drug convictions.