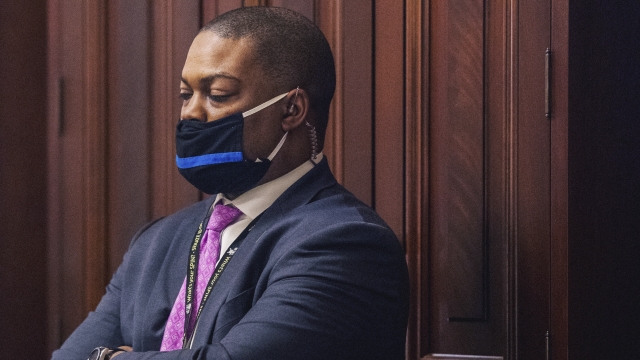 Goodman had also led a mob of rioters who broke into the Capitol away from the U.S. Senate chamber.

During the impeachment trial, Democrats put up new footage that showed a U.S. Capitol Police officer directing Sen. Mitt Romney to turn around as he was heading toward the rioters.

Officer Eugene Goodman, who has been hailed for his actions during the insurrection, is the one telling Romney to go the other way.

Goodman was on his way to respond to the initial breach when he saw the senator.

Romney told reporters later he was fortunate the officer was there.

Goodman had also led a mob of rioters who broke into the Capitol away from the U.S. Senate chamber.