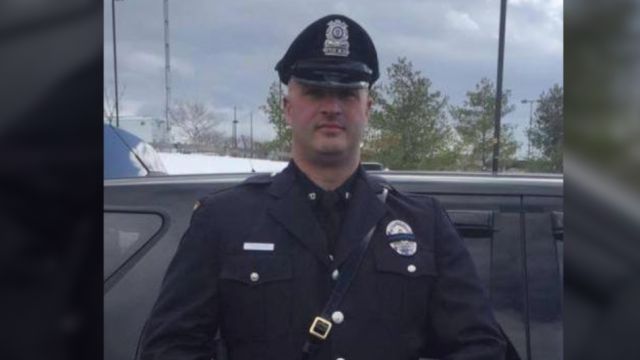 An hourslong manhunt following the fatal shooting of a Massachusetts police officer has come to an end. The suspect, Jorge Zambrano, was shot and killed by law enforcement.

Officer Ronald Tarentino Jr. was shot multiple times during a routine traffic stop early Sunday morning in central Massachusetts. Police say the shooter fled the scene in a vehicle. Tarentino was taken to UMass Memorial Medical Center, where he died from his injuries.

The search for the suspect led officers to Oxford, Massachusetts. A state trooper was injured during a gunfire exchange with Zambrano but is expected to recover.

"I would like to assure the town of Auburn that the town is safe and the suspect who took the life of one of your police officers has been located. The threat he posed is over," Sluckis said.

Tarentino had been with the Auburn Police Department for two years. He previously served as a police officer in a different city in Massachusetts.

Officers from various departments saluted Tarentino's escort to the medical examiner's office Sunday. Tarentino is survived by his wife and three children.

According to the Officer Down Memorial Page, gunfire has killed 19 officers in the line of duty so far this year.

This video includes clips from WHDH.