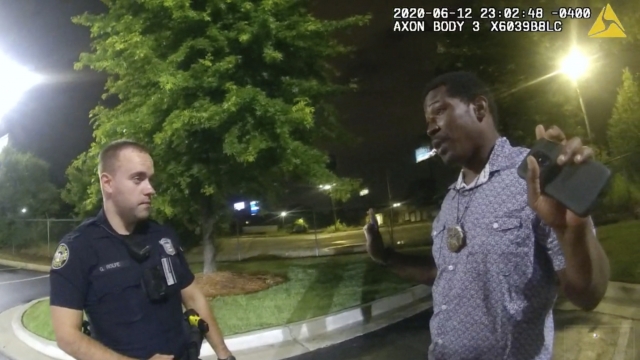 SMS
Officer Charged With Killing Rayshard Brooks Granted $500,000 Bond
By Antoinette Miller
By Antoinette Miller
June 30, 2020
Fulton County Superior Court Judge Jane Barwick says she does not believe Garrett Rolfe is a flight risk or that he poses a risk to the community.
SHOW TRANSCRIPT

The former Atlanta police officer who was seen on camera fatally shooting Rayshard Brooks has been granted bond.

Brooks' widow said she opposed the decision to grant Rolfe bail because, "mentally, [she's] not able to handle it." Prosecutors argued Rolfe could intimidate witnesses. But Barwick said she did not believe Rolfe is a flight risk or that he poses a risk to the community.

The conditions of Rolfe's bond include wearing an ankle monitor; a 6 p.m. to 6 a.m. curfew; surrendering his passport; not possessing any guns; and having no contact with victims, witnesses or Atlanta police officers.

The other officer involved, Devin Bronsan, was already released on bond. He faces three charges, including aggravated assault.