Diversity Quotas In The Office: Well-Intended But Legally Tricky 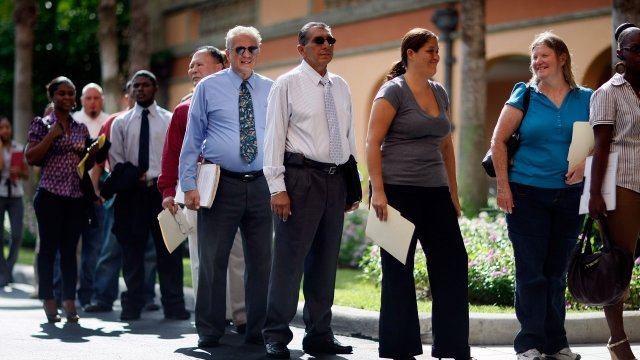 There are plenty of Supreme Court cases on diversity in hiring, but the legal lines are still blurry.

Most people agree: Diversity is good. Using it in the hiring process can be legally dicey.

The ultimate legal backdrop for workplace equality decisions is Brown v. Board of Education in 1954. It established the doctrine that "separate but equal" racial policies violate the Constitution. Of course, Brown dealt with education, but it and decisions on college admissions set the principles and guidelines that have to be considered in the workplace also.

The other backdrop is the Civil Rights Act of 1964, specifically Title VII. It gets right to the point and prohibits employment discrimination on the basis of race, religion, sex or national origin.

"Inclusion rider" is a stipulation that can be inserted in an actor's contract; it calls for a certain level of diversity in a film's cast and crew.

But it also says this, in part: "It shall not be an unlawful employment practice for an employer to hire on the basis of his religion, sex, or national origin in those certain instances where religion, sex, or national origin is a bona fide occupational qualification." For instance, when hiring for a Native American role in a movie, scholars say producers could limit their casting process to only indigenous women.

Now, putting all these legal guidelines into practice — that's where we go from clear to cloudy.

Here is a look at some key Supreme Court cases about racial issues in the workplace from the past:

1971: Griggs v. Duke Power Co. effectively forbids employers from using arbitrary tests — like literacy exams — to evaluate an employee or applicant, a device used at the time to try to get around anti-discrimination laws, since minorities would often get screened out. It said tests must be "related to job performance."

1978: University of California v. Bakke struck down the use of racial quotas for university and college admissions but said race could be one of many factors in evaluating an applicant.

1979: United Steelworkers of America v. Weber said private sector employers and unions could implement voluntary affirmative action plans to remedy past discrimination. The decision specifically held that holding 50 percent of the slots in a training program for black employees in a traditionally segregated industry was lawful because it did not "trammel the interests of white employees."

2016: Fisher v. University of Texas at Austin decided that college admissions plans could consider race and ethnicity as two of many factors.

The takeaway here? Race can be a factor in hiring sometimes, but it can't ever be the only factor. And no quotas  — that's usually a date with SCOTUS disaster.