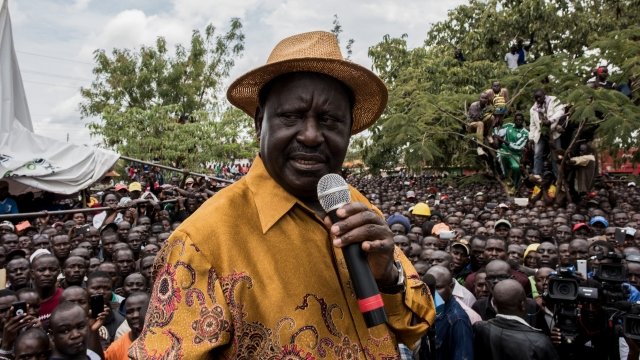 Odinga made the statement following clashes between his supporters and police that left 18 people dead.

Tensions between supporters of Odinga and President Uhuru Kenyatta have been on the rise in the country since Kenya's supreme court nullified the results of August's presidential election.

Kenyatta got about 54 percent of the vote, while Odinga got around 45 percent. Odinga and his supporters said they didn't accept the results despite independent observers saying the election was conducted fairly.

There's some worry that Kenya might be headed for a repeat of the violence that followed its 2007 contested election that killed more than 1,000 people.

Kenya's Supreme Court is now looking into nullifying the October election as well. It's expected to rule Monday.